*Note: This is a guest post, compiled using information gathered from trusted colleagues. They prefer to remain anonymous because the faction who refer to themselves as “Gadflies” have been known to attack ministers who disagree with them. They have even succeeded at forcing ministers into resignation–which by itself should suggest who we’re dealing with. I have edited the following from disparate writings and updated them slightly. 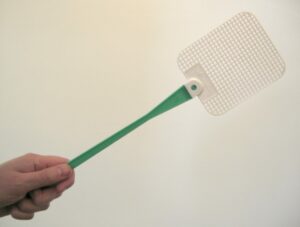 The 2019 General Assembly was in Spokane. The year marked the 50th anniversary of the 1969 Black Empowerment Controversy within UUism. The Spokane congregation’s minister, the Rev. Dr. Todd Eklof, had worked for years to get the GA to Spokane, and his congregation worked closely with the GA Planning Committee (GAPC) to plan the GA. As the minister of the local congregation, Eklof led a GA worship service and was planned to have a strong presence in the social witness event. His congregation hosted a booth to tell people about Spokane and their church.

With national attention on him, Eklof decided to use his church’s booth, without his volunteers’ understanding, to release his book The Gadfly Papers. The book critiqued the UUA at GA. Filled with numerous inaccuracies, it critiqued the UUA’s anti-racism and anti-oppression efforts, charging the UUA as “politically correct,” and with embodying “indentitarianism,” and “safetyism.” The argument centers around “harm.” Eklof took issues with places the UUA has apologized for harm to marginalized groups, such as the apology for the Spring 2019 UU World article about transgender identity, the response to the hiring controversy in the UUA, and the renaming of “Standing on the Side of Love” to “Side with Love” in response to requests from UU disabled leaders. Eklof also critiqued the Liberal Religious Educators Association (LREDA) fall 2017 conference where, in response to the presenters’ lack of response to problematic statements identified to them, LREDA changed course mid-conference, ending the pre-planned presentation and creating a new one. The book argued that all these were over-reactions and violations of free speech, calling them “witch hunts.” None of the people Eklof disagreed with were interviewed for the book.

The response happened quickly at GA. Trans, disabled, and BIPOC UUs were quickly aware of what was happening and raised it to the attention within the GA system. Eklof was asked to meet with a Right Relations team, a meeting that was inconclusive. He was then invited to meet with Mr. Barb Greve, Co-Moderator of the UUA, the next morning, and declined, choosing to leave the GA instead. His books continued to be handed out at his congregation’s booth, and controversy swirled around this until Eklof voluntarily removed the books.

In an effort to distinguish Eklof’s perspective from their own to both delegates at the GA and the larger world that was watching what happened at GA, and to respond to the direct critique of their actions in the case of LREDA, several organizations released statements, including the LREDA board, the Diverse & Revolutionary UU Multicultural Ministries (DRUUMM), and the newly- formed UU Ministers Associaton (UUMA) POCI Chapter. A letter in solidarity was created from white ministers which quickly grew to around 500 signatories. The Spokane newspaper ran a front-page story on the issue, elevating it to public news.

WHAT TRANSPIRED IN THE FOLLOWING YEAR

Enraged by the letters denouncing the book, Eklof supporters, who often refer to themselves as “Gadflies” (so that is the term I use here–editor’s note), formed a Facebook group, currently called the “Gadfly Effect.” The space was largely unmoderated, where insults, misinformation, and racist and anti-trans rhetoric were not just allowed but championed. For example, posts in the Gadfly Effect argued against recognizing trans identity. Recent posts by a group moderator compare Todd Eklof to George Floyd.

In August, having heard from numerous ministers about the harm done by Eklof and his book, the UUMA issued a letter of censure. This was done more publicly than usual, because of the public nature of Eklof’s actions. It’s rare for the UUMA to censure a minister, but has happened before. It’s a way the official body tells a minister that they’ve done harm with their words, and calls on them to do better. Censure is an action without consequences to a minister’s membership or fellowship. The letter of censure called on Eklof to have dialogue with the UUMA and to return to covenant.

The Gadflies responded by writing additional books, publishing numerous blog articles on multiple blog sites, including by notable UUs the Rev. Kate Braestrup and the Rev. Dr. Thandeka. Mid-year they launched “The Fifth Principle Project” and wrote congregations across the country for support. In the Spring, the Gadflies hosted a conference with Eklof as the keynote, through a UU organization that had been a long-standing critic of the anti-racism efforts of the UUA, the so-called Unitarian Universalist Multiracial Unity Action Council. The conference included a focus on preparing for GA 2020.

The Gadflies also advocated for attacks against ministers who were speaking out against the Gadfly papers. Such attacks included charging non-congenial ministers with violating the UUMA code (because the minister publicly disagreed with Eklof), calling on their own ministers to recant, requiring ministers to constantly engage the issue of the book even when the congregation wasn’t interested in doing so, and even calling for the disruption of the search and candidating process for ministers being called to new congregations. Over the course of the year, all these Gadfly-advocated actions did take place.

The Gadflies expanded their social media outreach, including starting up social media platforms and taking over some existing platforms. Their posts tend to be contentious, misleading, and repetitive. As events took place during General Assembly 2020, there were attempts to disrupt workshops and inaccurate statements issued (on the previously mentioned social media platforms) about workshops at which Gadflies were present. Attempts were made to co-opt Plenary Sessions by, for example, proposing a facetious Action of Immediate Witness, cruelly titled “George Can’t Breathe, But We Can Vote.” (As other information platforms have also noted, one chief Gadfly strategy is to cloak their disruption in the language of democracy: for example, calling themselves “The Fifth Principle Project.”)

One of their most vocal members Jay Kiskel, has petitioned in as a candidate for the UUA Board of Trustees at the Board Election to take place at this year’s virtual GA.  (Editor’s note: I take responsibility for the following data, which I have collected from various sources, as well as the candidates’ own statements at the June 1 virtual Candidate Forum.)

Jay’s opponent for this contested seat is Rev. Sam Trumbore. (Editor’s note: I have known Sam for twenty years after meeting him at a national convention of the Gameliel Institute, a nationwide, grassroots social justice community organizing 501c3 foundation. I have found Sam to be honest, humble, conscientious about social justice and other aspects of his ministry, and resolved to serve on behalf of every Unitarian Universalist, rather than just the ones who agree with him.)

The core Gadfly activists are unlikely to be deterred or their minds changed. But there are a lot of GA attendees who aren’t informed on the issues that might be influenced by their statements. These are things all attendees can do:

Understand the rhetoric of the Gadflies is designed to be highly motivational for UUs. It is framed around freedom of speech, freedom of the pulpit, the fifth principle, and other liberal values. But it minimizes and disregards issues of human rights, emotional or physical harm to ethnic minorities or non-gender conforming UU’s, accountability, or personal responsibility. They demonstrate no interest in the relational nature of Unitarian Universalism, or the Covenantal nature of our tradition–or even what those things mean.

Therefore: If you are a member of the dominant culture, amplify voices of POCI, disabled, and trans UUs, and other UUs who hold marginalized identities. Listen also for statements made by UUA, UUMA, and LREDA officials and amplify those voices.

If attendees at a workshop attempt to disrupt that workshop, as they did in 2020, redirect conversations back to the topic of the workshop or general session material. Our UU leaders have worked hard to craft a GA that is anti-oppressive and uplifting. Celebrate their efforts, and redirect conversation back to it!

When mistruths and half-truths are shared in online forums and GA discussions, share the real story if you feel you have enough information to do so, or bring the issue to the attention of those who can do so. Without attacking, name bad behavior like name-calling and critique false analogies.

Support anti-oppressive AIWs and Responsive Resolutions. Listen to the groups representing marginalized identities within UUism, like DRUUMM, the UUMA POCI Chapter, TRUUsT, EqUUal Access, and to the voice of our youth. Pay attention to what they’re supporting and asking for, and use your vote to help support these important issues.