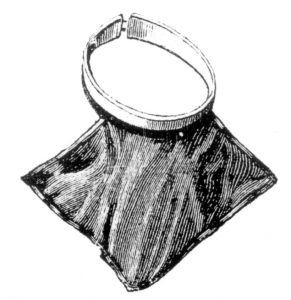 Many years ago I took a year away from my ministerial preparation at Meadville Lombard Theological School, to do a chaplain residency at a teaching hospital on Chicago’s far north side. I wanted more pastoral practice at the “thin places” between life, death, and meaning. I also wanted the extra year of spiritual guidance/pastoral counseling that came with residency.

This hospital had a huge Clinical Pastoral Education (CPE) program. In addition to six residents, they also had a cadre of CPE students, just there for a quarter. Most of these “Quarter Students,” as we called them, were doing their divinity school’s required CPE term. But a few came from other walks of life.

One, for example, was a retired businessman. A devout churchgoer, he had stepped up his participation since retirement. Now here he was.

There was also a twenty-something, female divinity student in that quarter’s CPE class. I think it said something about the fellow’s age and gender attitudes that he would often get into conversation with her in the CPE students’ prep room, with him doing most of the talking. The word, “mansplaining,” hadn’t yet been coined back then. But he was a devoted mansplainer. She would patiently, kindly listen.

So enthusiastic was this fellow, that as soon as he got into CPE, he laid in a supply of clerical “collar” shirts. His CPE supervisor, being ordained clergy, was dubious about that. The fellow’s minister had also sat him down for a conversation about it. But his faith was strong, he said. The spirit was with him. He insisted on wearing a collar and they finally relented.

One morning he showed up, obviously badly shaken and upset. He went straight to his female colleague and laid the whole story on her. I would have had to leave the prep room not to overhear it all.

He was driving home the evening before when he came upon a serious traffic accident. Where a traffic artery passed through a heavily African American neighborhood, a car driven by a white man had run a red light and T-boned a car carrying two African Americans. The police hadn’t yet arrived. The white man was sitting in his car, shaken. Black people had gathered around the other car because at least one of the occupants was injured.

Feeling pastoral, this CPE student stopped and got out of his car. Automatically, without thinking, I suspect, he ran to the side of the lone, white driver. Before he knew it, several African Americans turned toward him and let him know what they thought of a minister who would go to the unhurt white person before at least checking on the injured black person. Especially when he white person had caused the accident. Just one more case, they shouted, of “whitey taking care of his own.”

Just a misunderstanding. The police and ambulance soon arrived and no further harm was done–except, perhaps, to the man’s ego. He was still scared and upset the next morning. Next thing I knew, he laid his head on the shoulder of the female student and burst into tears.

This was a perfect example of how unthinking racial attitudes can blow up. This fellow had automatically gone where he felt the kinship: the white guy alone in a black neighborhood. It probably wouldn’t have caused such a stir except for that collar he was wearing. That was a visible badge of institutional authority. Without thinking, he had given that institutional support to the white guy who caused the accident. No harm intended. But things went downhill fast.

Looking back, it’s also a concrete example of how pretending to be clergy can produce dicy situations. I suspect a lot of people go into ministry, in part at least, because clerical authority looks affirming from the outside. I’ll admit that was part of the attraction for me. Of course it doesn’t take long to find out, it’s a lot more difficult and demanding than it looks, and you wind up giving more than you get.

This was one time someone found out the hard way, a $60 dollar collar shirt or five dollar online ordination does not prepare someone for what they can encounter while impersonating a minister. When that happens, as it plainly happened in this case, I feel sad for everyone involved. But I also feel angry at the impersonator.

Counting that chaplain residence, I spent five years busting my butt, learning the basics of ministry: three years’ serious graduate school and two years’ feet-on-the-ground field training. That doesn’t make me anything special among mainline clergy. And I still had plenty more to learn when I was called to a Congregation.

The least a minister can bring to this calling, is the humility to realize we’re never fully prepared for everything that will come down the pike at us. And the humility to take a few extra seconds, reflect what’s the best reaction instead of my automatic reaction. Will my official presence even add something to an evolving situation, or will I just make things worse? I can’t say I ever got it perfect. But the more I learned, the more I understood just how complex religious interactions can get.

Sadly, the American way of “doing” church and ministry is, itself, the core of the problem. Our culture has a strong anti-intellectual strain, which particularly infects religion. Far too many religious traditions proclaim “faith” more important than knowledge, or even honesty. The number of “clergy” out there who don’t know what they’re doing, is bred right into the bone of our society. This also makes it all too easy for someone with show-biz talent and no scruples, to make a fortune running religious scams. That’s been going on ever since we were a nation, as well.

Untrained clergy are a plague on American society, not to mention a bane on religion itself. I suppose that’s the bottom irony of American religion. It can express the highest human aspirations. Sadly, in our American religious enthusiasm, it also lends its framework to ignorance, deceit, and oppression. It’s up to each of us to sort out the differences. Two hundred years have amply demonstrated, “faith” alone doesn’t accomplish that.