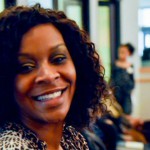 A year ago Aug. 8, Michael Brown was shot by a police officer in the St Louis suburb of Ferguson. Not quite a year later, a Texas officer escalated a tiny traffic infraction in the exact same reckless way, culminating in police-on-black violence and then the black person’s death. This time it was a woman, Sandra Bland. She […]