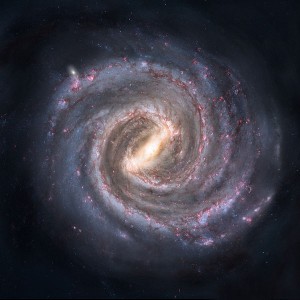 After long observation and consideration, the gentle atheist finds that religious belief is irrelevant to a religious life.

The gentle atheist does not equate “religion” with “superstition.” Rather, to be religious is to commit to a life of significance and meaning before an immense and mysterious cosmos in which we do not have all the answers. It is to acknowledge partnership in a life of compassion toward our fellow beings and our common descendants.

The gentle atheist eschews belief and disbelief alike, is only used as ploys to evade the realities of life and death on the one hand; or to evade our human commonalities and the need for a discipline of compassion on the other.

The gentle atheist resolves to a life of curiosity, wonder, appreciation, and commitment. The gentle atheist acknowledges the immensity of time and the cosmos, and that such greatness and subtlety extend beyond the range of human imagination. In humble investigation: in expanding the boundaries of human insight; lie wonder and mystery enough. There is no need for superstitions, dogmas, or idolatries.

The gentle atheist holds that a realistic sense of morality derives not from any supernatural source of power or authority, but from mutual commitment to broad human flourishing.

Recognizing that human flourishing is maximized as a respectful part of the natural world, rather than in attempted mastery over it, the gentle atheist aspires to a life of sustainable relationship rather than short-term exploitation.

Therefore, the gentle atheist aspires to a life of principle, engagement, challenge, commitment, and meaning. “Salvation” lies in a life lived well, courageously, and with generosity of spirit. Because the “afterlife” lies outside the current scope of human investigation, it is not relevant to enlightened conduct in the here and how.

The gentle atheist reasons that the very paucity of human knowledge and the rich variety of the human condition, call us to humility, respect, and compassionate action toward our fellow human beings–even toward those with whom we have differences.

The gentle atheist acknowledges a demonstrated scientific reality: that dynamics within the group with which we align ourselves can dictate nuances of belief (and non-belief), rather than the other way around. This can lead to self-justification, self-serving delusion, and all too easily, to emotional or even physical violence. In discipline and humility, the gentle atheist resolves to sincerely try to refrain from group assumptions.

“Our” goodness is not enhanced through comfortable condemnations of “their” badness. The gentle atheist aspires to transcend simplistic “us versus them” thinking, easy answers, and easy disdain. As part of this, the gentle atheist does not fear the language of religious tradition but, rather, takes an analytical attitude toward both its advantages and its liabilities.

As creative intellect finds value in the arts: in poetry and in metaphor; there can also be appreciation for metaphor around religion, conscience, and human aspiration. At the same time, the gentle atheist resists temptation of religious language as an abstraction of power or a means of evading life’s more difficult realities.