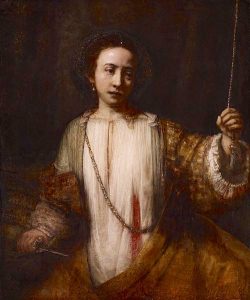 Nine to Five (or as it’s sometimes known, 9 to 5) was a popular 1980 comedy in which three secretaries, Lily Tomlin, Jane Fonda, and Dolly Parton, connived to “fix” their overbearing (male, naturally) boss. It was one of several movies in those years, which looked at gender roles–male/female power differentials–in the workplace. (Tootsie was another.)

It’s been almost 40 years, now the “Me, too” movement is deepening that conversation. But let us not kid ourselves. We haven’t even started, yet. Or to put it differently, if someone thinks we’ll have worked “Me, too” out by this time next year–or two years–or four years–I sure hope they’re wrong. Let along Nine to Five. Because I say they’re conjoined. We’ve barely lifted the corner of this culture’s interconnected gender attitudes, gotten the least peak at all needs to be changed. And every change in one facet will result in change (and resistance) in all the others.

I had never even heard of Azi Ansari before his “bad hook-up” controversy arose, that is, accusations of “sexual misconduct” because of the way he treated an unnamed woman, “Grace,” on a date. The controversy has taken the “Me, too” discussion to a different, more ambiguous level. Some voices claim that it’s “fuzzing” the lines, trivializing the discussion about real sexual assault. Others agree with the plaintiff, saying Ansari should be held to account.

I don’t know where to go with that. Both sides have a point. Meanwhile, I do believe that discussions about gender roles and the male/female power disparity can tolerate–and need to tolerate–conversation on this level, as well. I say that as a white, cisgender, straight male who is aware of my own privilege. And aware of the gender attitudes I’ve taken for granted over the years.

On the one hand, there is a real difference between Ansari’s boorish behavior and the serial predation of someone like Matt Lauer. Or Bill Cosby. Or Harvey Weinstein. Or Donald Trump. Or even Al Franken or Garrison Keillor. There are already laws on the books covering the actions of all those individuals, it’s just that nobody worried about enforcing them until recently. (And in point of fact, said laws being criminal statutes, they’re still not being enforced, they’re just being used as reference points.)

On the other hand, his date with “Grace” was also a study in sexual assumptions based in male economic power. We still live in a society where the default assumption is that such “manly” pursuit of sexual contact may be rude as hell. But that the woman’s actions were ambiguous enough, the evening doesn’t come under the umbrella of the law. In other words, we still live in a society where a man of fame, like Ansari, can expect sex on a first date with a star-struck woman, to the point he feels no need to even try to “read” her reaction to his overtures. So that by the next day, I have no doubt she felt genuinely assaulted. While he felt merely puzzled.

Ansari felt no need to consider the woman’s culturally dictated situation which was, at best, MUCH more ambiguous. “Woman as sex subject” still conflicts with society’s (men and women alike, to a large degree) non-verbal assumption that the man’s sexual satisfaction is a legitimate, default end (even if long-term,) while the woman’s fulfillment is less specific and also more-or-less optional.

Which encourages self-dialogues like the one that apparently took place in this encounter. HIM: “What moves do I make to get her to “give it up” while still being able to call myself a ‘sensitive new-age guy?” HER: “What do I need to do for him, to be seen as worth extended time–or to consider myself worthwhile? How much discomfort can I live with? What the hell?”

And because the default playing field is still pretty much built around what the male wants, the inevitable result is going to be occasional “date horror shows” of this nature.

Long-term discussions need to take place on this level as well. That is, they need to take in all-too-real power differentials, as well as the different assumptions that are part and parcel of the “dating and mating” scene. After all, patriarchy doesn’t just take place just on the level of criminal law. It’s pervasive in our society, and needs to be teased out and examined on all levels. Also, the law is a blunt instrument that’s just not capable of sorting out situations like this, where the empowered man doesn’t bother to “read” the woman’s responses. And therefore proceeds in what he considers good faith, even though the woman is in misery at the time.

Society itself needs to change before the law can follow in emotionally/sexually/socially complex situations like this one. “You can’t pass a law that will prevent misunderstandings” seems so inadequate at this time. Yet it’s also brutally true, at least for now.

What we can do, is continue the work of putting enough women into positions of power: full-spectrum, empowered beings who merit/derive ego-enforcement on the same level that seems, for the moment, the sole province of male empowered beings. That takes us back to the realm of Nine to Five. We need to reach a space where people don’t see three female secretaries and a male boss as the “natural” setup for a movie. Where, say three male secretaries and a female (or transgender) boss would be just as expected.

Wow, do we ever have a long way to go. But someday, when, say, an all-women panel at the U.S. House of Representatives can be called together to make decisions on *men’s* health–given that just this week, the precise opposite happened–maybe then we’ll be getting somewhere.