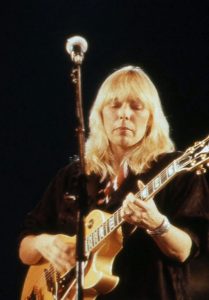 As I suspect a lot of songwriters can tell you, one’s best songwriting springs from the subconscious. This does happen to me every once in awhile. (Years ago I wrote a funny song titled “Body Parts,” about an auto junkyard worker’s love for his girlfriend. Only later, when pointed out by others, did I realize that some of the double entendres were truly raunchy.)

Luckily, those subconscious streams can also lead toward the etherial. Going through a very rough period a few years ago, I wrote a song about resilience, which I finally titled “Fill It Up.” I acquired the opening image while walking along a beach in Florida, seeing a bottle someone had tossed out on the sand. Meanwhile the title/hook started out as me saying to myself, “Suck it up, Dennis.” I wasn’t about to write a song about that, but a different, usable phrase came to me after a couple of days: “Fill It Up.” That felt much better, though for the longest time I only had the vaguest sense of what it meant.

The melody came all in one piece, wrapping around the two phrases: the empty bottle lying in the sand, and “Fill It Up.” The rest of the lyrics came over the next couple of days. I’ve been figuring out ever since just what I wrote, and also how to sing it in public, given my meagre guitar skills.

But my long give-and-take with this song has provided increased appreciation of the Unitarian Universalist (and Gentle Atheist) theology floating in my head, looking for a way into the real world. So for fun I’m sharing the annotated “Fill It Up.”

“Fill It Up,” words and music by Dennis McCarty: creative commons 2015.

In each desert there’s a fountain, and it’s flowin’ from your palm.
There’s a myst’ry. There’s a blessing. Fill it up. Fill it up.
For the well is never empty, and the storm is ever calmed,
In the seeking of an answer, fill it up.
Oh, it’s all in your hand: bread or ashes, wine or sand,
‘Cause there’s always something better in the making. Fill it up.

The dominant theme in this song is the Communion imagery. But that’s not the way it came to me in the beginning. And as the words popped into my head over the next few days (and gradually refined themselves after,) I, myself, very slowly came to understand the central idea: that “Communion” can be an appropriate term for atheists such as myself. This sense of Communion me is not as a ritual or something you eat or drink. Rather, it’s commitment toward blessed relationship. And that commitment and that relationship, are central to resistance against forces of oppression in difficult times such as these.

That is, we do have the power to create positive change, even in today’s world. It won’t be easy and it won’t come all at once. Crucially, the energy, drive, persistence, and motivation will come from deep commitment to blessed (and blessing) relationship–with one another and also with the oppressed. “It’s all in our hand when communion’s where we stand.”

The “candle we all share” is, of course, our Unitarian Universalist Chalice. And “that multitude of witness” returns us to the resisting multitude, “standing in communion” with one another, working toward our mutual liberation.

As I tell congregations when I sing this song, the title, “Fill It Up,” “is not about irresponsible use of hydrocarbons.” It’s about what’s deepest in me, reaching out to sustain–and be sustained by–what’s deepest in others. In other words, that sustaining relationship is the foundation for “standing in communion” as the song images it.

Of course that commitment to deep relationship and active resistance against oppression permeate the second verse. We have it in us to be “fountains in the desert.” It’s “flowing from your palm,” that is, it’s in your hands and mine. In striving (active “seeking of an answer,” sustaining and sustained by one another,) we do find the well full and the storm ever calm-able.

Given those few keys, the rest of the lyrics become, I think, quite comprehensible. Who knows, someone else might even find pieces I’ve missed. Meanwhile, I find myself feeling humbled and quite reverential. This human brain is an amazing organ when a body relaxes and leaves it alone to do its creative business.